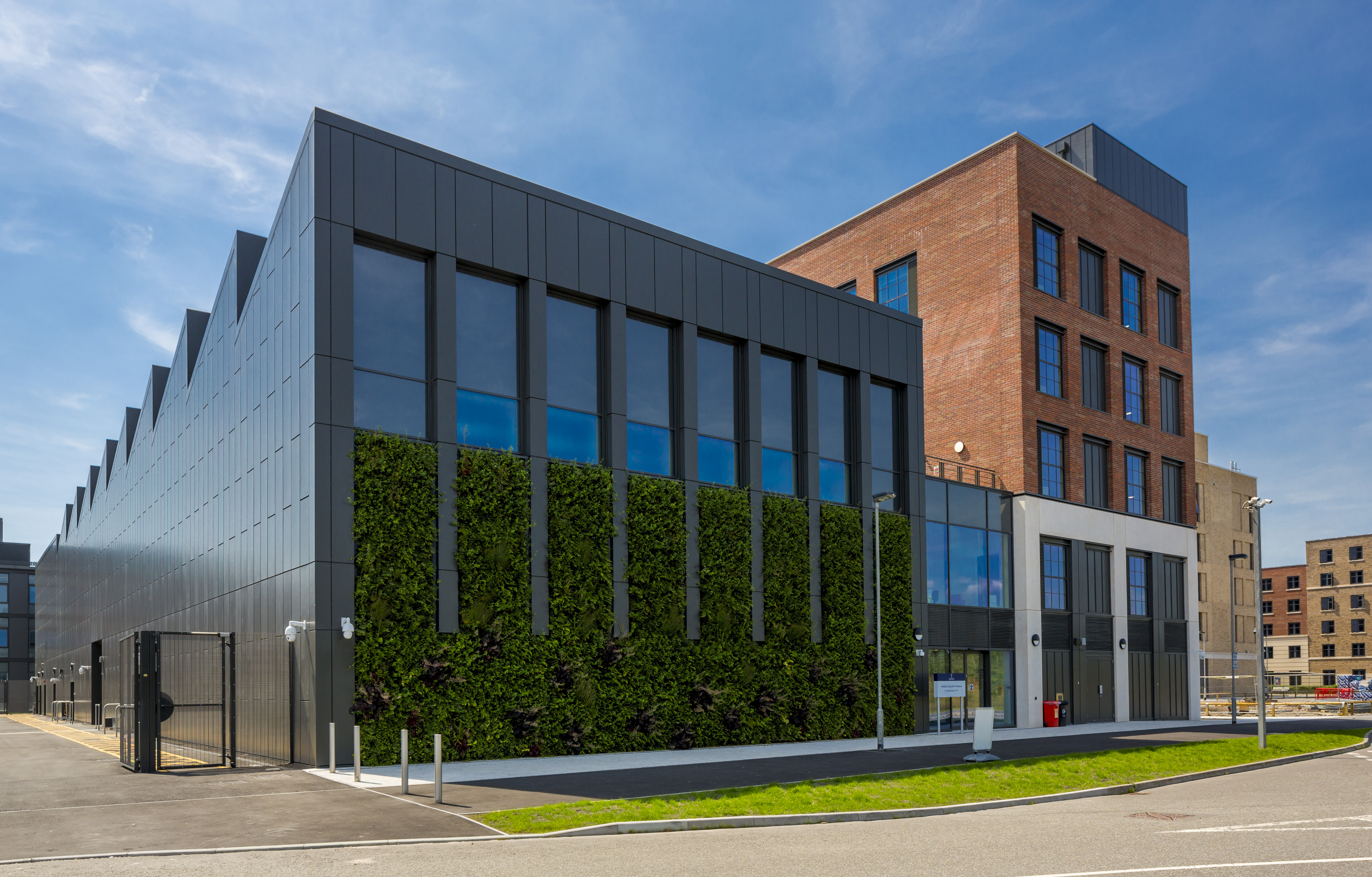 It isn’t news that plants are good for cities. Trapping particulate pollution and gasses, absorbing excess rainfall, reducing noise, cooling the air on sunny days; urban vegetation provides us with a range of so-called ecosystem services.

The direct benefits to humans are well researched and documented too – hospital patients with a view of trees from their window recover faster. Spending time in green space has been shown to reduce stress and blood pressure. And with nature declining at an alarming rate in the countryside as agriculture becomes ever more efficient and intensive, our parks and gardens are becoming increasingly important havens for wildlife.

Competition for space in our urban areas is high, but making room for plants is vital and ingenious solutions are being found that provide multiple benefits. As well as setting aside dedicated green space and planting trees and shrubs between buildings, buildings themselves can be part of the green infrastructure. Green roofs and living walls can help to protect structures from UV light and shelter it from rainfall. By reducing wind speed and blanketing the building, they can improve energy efficiency, reducing heating bills in winter and the need for air conditioning in summer.

Small-scale green roofs had already been incorporated onto both campuses, with The ORACLE on the Bay and at ILS2 at the Park, and SPECIFIC included biodiverse living walls on their experimental Active Classroom and Office, attracting such exotic species as the small blue butterfly and even hummingbird hawkmoths. This spring, however, the University stepped up a gear and gave the Bay Campus a striking new approach, with a stunning living wall on Engineering North facing the main entrance.

Selecting the plants for the wall wasn’t easy, the Bay Campus has an unusual range of challenges – plants would not only have to look fantastic year-round, but also survive the north facing wall and salt-laden winds, provide food for pollinating insects and crucially, not pose a risk of going feral and invading the nationally important habitats of Crymlyn Burrows SSSI next door.

Biotecture, the suppliers, had a wide palette of plants to choose from, a tried and tested selection that had proved themselves on some of the largest and most high profile living wall projects in the country such as Wimbledon’s No 1 Court, Lord’s Cricket Ground and Birmingham New Street Station. These species had understandably been picked for their appearance and suitability for growing in living walls, but to reinforce our status as the first accredited Bee Friendly University in Wales and to help strengthen the wildlife corridor from Crymlyn Burrows into Swansea, we wanted to include native and pollinator-friendly plants in the mix. Some of these were easy; thrift is a plant of sea-cliffs and would thrive in this sort of setting. Others include meadow cranesbill, cowslip and primrose. Ivy is one of the best all-round plants for wildlife, with nectar-rich flowers in the autumn when little else is flowering, followed by berries that are a favourite food of blackbirds and thrushes. Oregano is another great plant for bees and hoverflies and local ferns such as polypody and hartstongue will give winter cover.

It isn’t just the University that will benefit – by trialling such plants in a real-world setting, we will help demonstrate that it is possible to have buildings that are as good for wildlife as they are for people. If you haven’t seen it yet, it is worth calling in next time you are passing and see what the buzz is about!

Marking the Completion of IMPACT